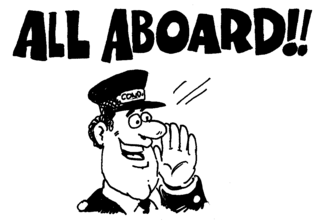 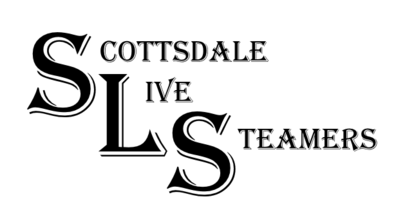 Scottsdale Live Steamers, Inc. is open to having new members to help run and enjoy the railroad.

Prospective members will need to be voted into the club after a 90 day period where the prospect helps run the railroad and learns the rules.  If you are interested, send an email to the address on the Contact page or stop by on one of the Sunday run afternoons and get acquainted.

McCormick-Stillman Railroad Park is a 40-acre railroad park located in Scottsdale, Arizona. It features a 15 in gauge railroad (run by the City), a Magma Arizona Railroad locomotive, a railroad museum, model railroad clubs, and a 7 1⁄2 inch gauge live steam railroad.

The Scottsdale Live Steamers is a 7 1⁄2 inch gauge (1.5" to 1 foot or 1/8 scale) "ride on" scale miniature railroad which surrounds the Xeriscape Arboretum in the Park. The total track is about 5,000 feet (about 3,000 feet mainline and 2,000 feet of sidings and reverse loop) and has a loading platform, train sheds, a transfer table, steaming bays, a tunnel, and one trestle. The layout has two main loops: the outer loop passes over the tunnel and the inner through it. A third track is a reversing loop.

Scottsdale Live Steamers offers rides to the public (using diesel modeled locomotives) between October and May (the cooler months in the desert) on Sundays, Noon to 5:00 PM.   Extra public ride days occur during this time as well (Halloween, Veterans Day, Black Friday, Rail Fair) and during the December "Holiday Lights" event at the Park.

While we don't charge for the rides, we do ask for generous cash donations which are always welcomed and encouraged to help maintain the railroad and railroad facilities.

Members can run their own locomotive or, if you don't have an engine of your own, there are club engines that are available to use by members.

The club has occasional meets. During these meets, members from other clubs from throughout Arizona can come down and run their trains.

There are many different types of locomotives and ways that you can power them - there are battery operated or electric locomotives, locomotives powered by gasoline or diesel engines, and of course, steam powered locomotives.